The Transport and Environment Committee of the City of Edinburgh Council have shared an update on medium and long-term plans for the Kings Road junction (at Portobello High Street, Harry Lauder Road, Inch Terrace, Seafield Road East). Portobello Community Council have participated as stakeholders in meetings informing these plans, following two fatalities at the junction.

“Implementation of this design would provide a segregated cycleway and signal controlled crossing for cyclists from Portobello High Street towards Inchview Terrace, removing the conflict with HGVs turning left into Sir Harry Lauder Road, thereby addressing the cause of the two recent fatal collisions. This would also allow the left turn for HGVs to be reinstated at the junction” 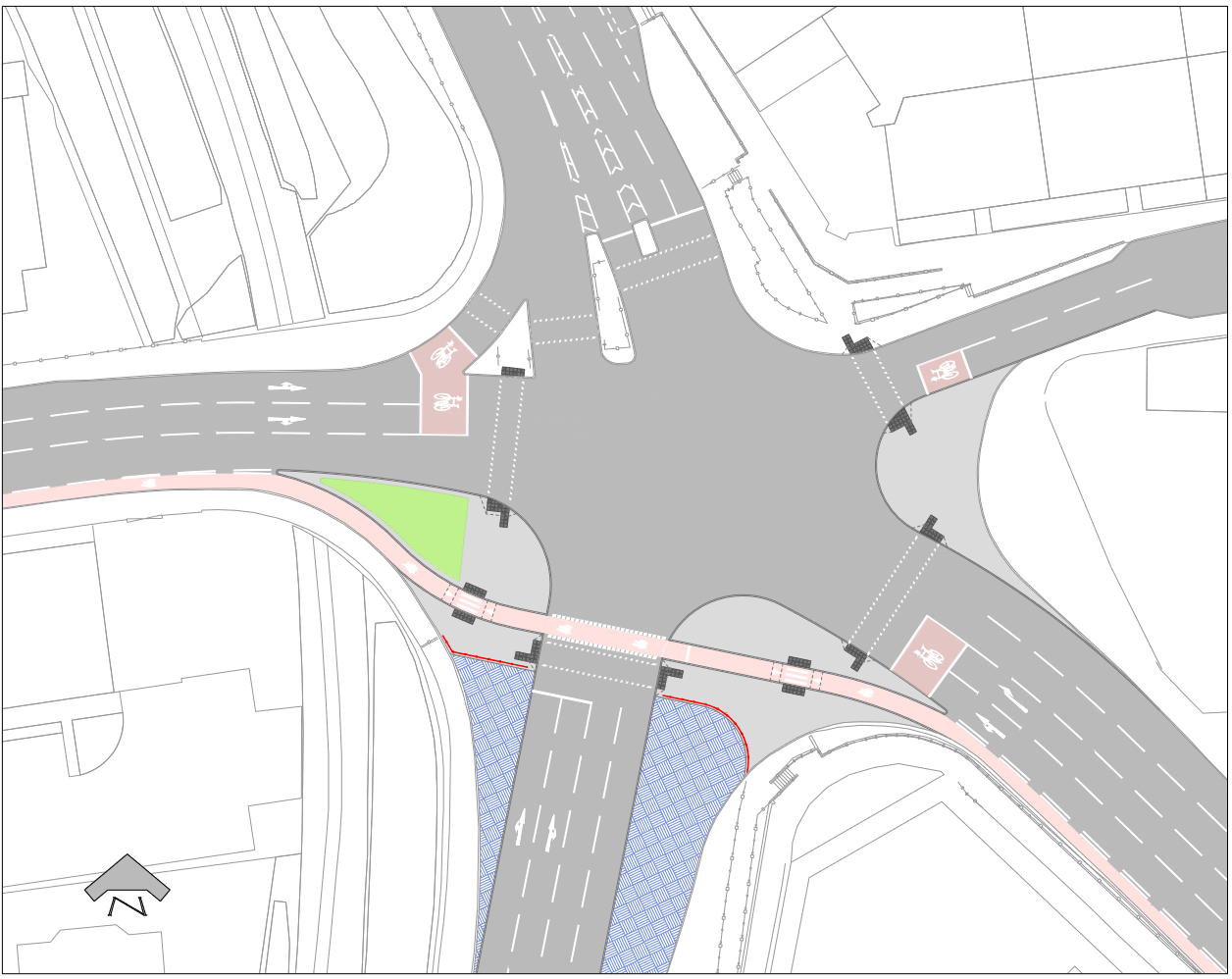 These medium term interventions are planned to be compatible with longer-term plans, so they can be incorporated into those plans:

“It is intended that the design for the medium-term improvements at the junctio  should be future proofed, so that they can be incorporated into more extensive longer-term improvements in the future, with minimal need for change. An initial concept for longer term improvements has therefore also been developed and presented to key stakeholder organisations and local Elected Members for feedback. … As part of this work, consideration is also being given to the potential for further cycling facilities to be introduced on routes radiating outwards from the junction. These could be delivered as an integral part of longer-term improvements or follow at a later date.” 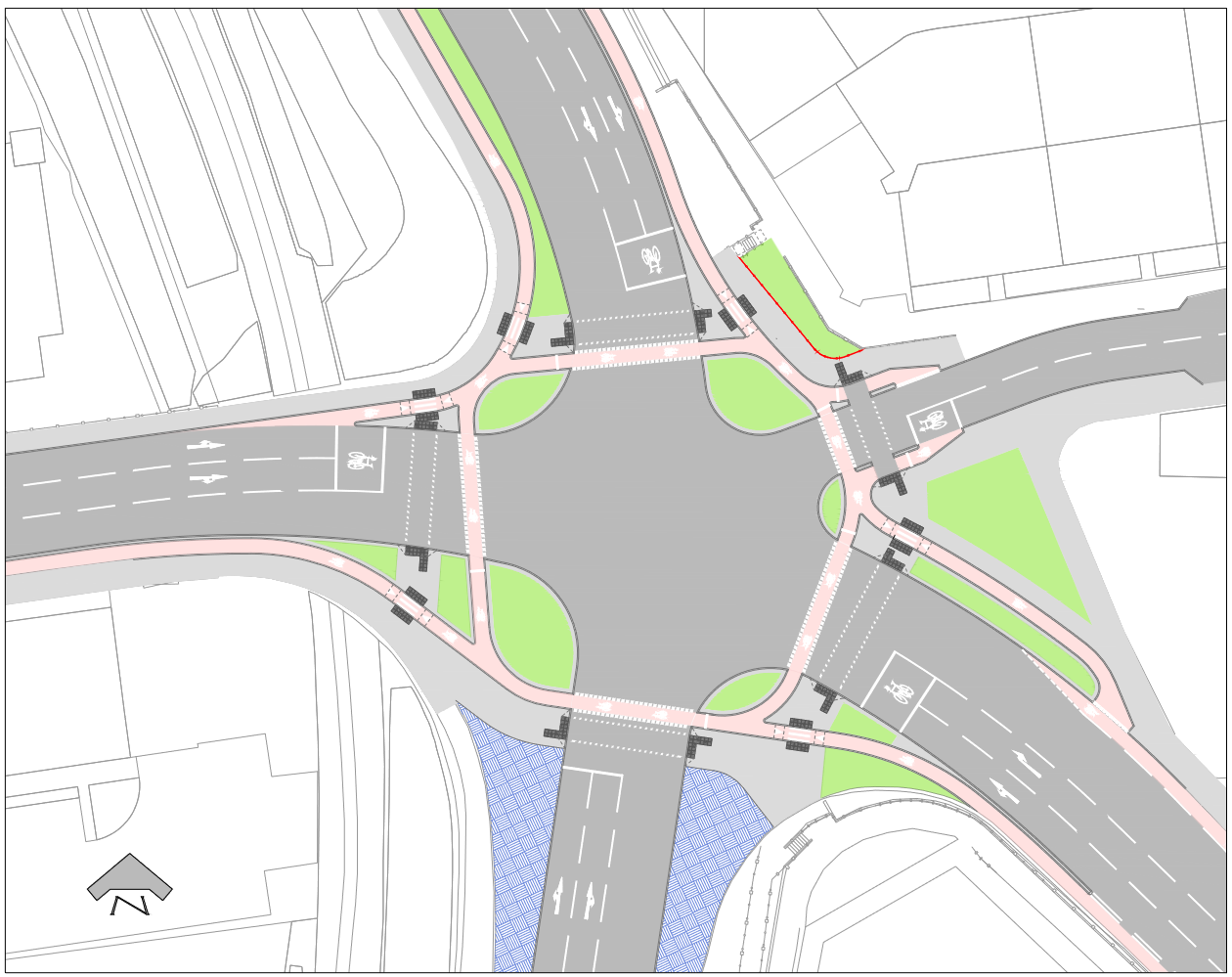